I don’t know what I’m doing.

Alright, so, let’s be honest – I haven’t posted since March 24. I didn’t really realize how little time I’d have.

That said, I don’t want to keep stressing out about this blog. It’s supposed to be fun, right?! I think for now I will take a break. In the meantime, please check out my Tumblr. It’s much easier to update and includes a lot less words, which is good for me. I have a feeling that will take the place of this blog in the near future, anyway. I will not be deleting this one until everyone bookmarks my Tumblr 🙂 Ready, set, go!

As many of you know, although my career is in writing, I am extremely passionate about public relations and event planning. This includes everything from branding to social media to viral campaigns. I love it all.

I know this is more of an “industry” type of post, but it’s something I like to write about and share. Plus, who isn’t interested in food? I can go back to blogging about make-up and celebrities tomorrow 🙂

I’ve noticed a steep decline in the fast food industry over the past 5 years or so. I think it’s due, in part, to fast restaurants (in between fast food and a restaurant – yes, I made it up) like Qdoba and Panera, which, for a couple more dollars, are so much fresher and better than McDonald’s or Subway – to most anyway. Don’t get me wrong, though – sometimes a girl just needs a McDonald’s sweet tea and fries.

However, McDonald’s and Subway are still super popular, probably because they are offering healthier options and changing with their demographics. An example of this would be McDonald’s McCafe, which now offers Starbucks type drinks for much less than the coffee giant. Very smart, McD’s.

Here are some chains that could definitely learn from their adaptability tactics. Seriously, when was the last time you ATE at one of these places? (After midnight doesn’t count)

Image isn’t everything, but it’s a lot of it. McDonald’s tries to stay current with their ad campaigns, putting modern twists on their theme song and using different demographics to convey their message. It works to a degree, whereas Rally’s commercials are pretty much non-existent, Sonic commercials are nothing but average, and Dairy Queen commercials are just dumb. Something I’ve learned is that people need to feel a connection with a brand – in this case, a fast food brand – to choose it. Obviously, your stomach helps too, but seeing a hilarious or just plain good commercial plays a bigger role in your brain’s choice of eating out than you think.

I know Hardee’s is trying with their new commercials. They are actually pretty funny. But witty advertising for chicken strips isn’t helping. They also need to grow and change with today’s population, who, I believe as a whole, is more health-conscious than maybe 10 years ago, especially since organic and natural EVERYTHING has become “cool” again.

Pizza Hut may be a little different from the others in that people haven’t really stopped eating pizza, I just think they would rather pay a little more for a great chain (Donato’s!) or to go to a local pizza place than settling for something mediocre. Even Little Caesar’s has the right idea with their $5 pizzas. The quality isn’t good in my opinion, so paying just $5 seems fair.

I feel like the problem with these places is that they were serving only one type of food for so long, be it hamburgers or pizza, that they don’t want to offer salads or smoothies. It may go against fast food code, but it also increases sales. I’ll let them decide 🙂

All I Want for Christmas…

In years past, I have given parents, extended family members, boyfriends, and even friends a list of things I wanted for Christmas. No, I’m not that superficial, I promise. I think it’s just the OCD list-maker in me and the fact that family members, especially, would get frustrated when I didn’t have specific items for them to shop for, so I appeased them and ensured I got what I wanted. It was win-win.

This year was the first year I didn’t make a list. Why is that? Well, honestly, I think it’s the first time I’m truly more excited about spending time with family and friends than the gift-exchange aspect. Sure, I’ll be excited if I get that Chi hair straightener I wanted or the full set of Harry Potter DVDs (both ideas were dragged out of me 🙂 ), but I am WAY more pumped to have Italian Christmas at my Dad’s and go to Church on Christmas Eve with my Mom’s side of the family. I’m also ecstatic that my boyfriend will actually get to spend time with me, since I don’t have time to go see his family.

It’s much less disappointing, too, because I know this year I am going to get what I really want for Christmas – quality time with friends, family members and Jose.

So, what does this all mean? I think it means I’m growing up, which is, essentially, what this entire blog is about.

Merry Christmas everyone, and I hope you all get what you have asked for this Holiday! ♥ 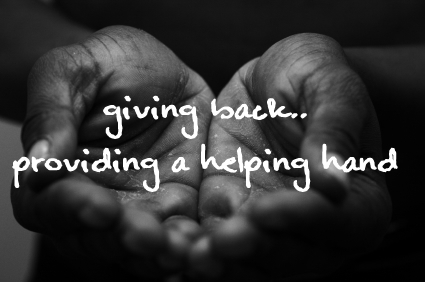 It’s important to give to those in need all year round, but I believe people have especially soft hearts during the Holidays. But with many people volunteering in soup kitchens or picking a name from the Angel Tree, how do you make a difference and not feel like just one of the crowd?

Well, you could start by looking into localized charities. While it’s SO wonderful to give to St. Jude’s or Toys for Tots, seeking out those who really need help in your own backyard can be more effective. For example, a local charity here in Lexington that I really love is the Makenna Foundation which remembers the life of one little girl and gives its profits to the Kentucky Children’s Hospital. Look into foundations that aren’t nationwide by Googling your city or town’s philanthropies and see what you can do to help.

Think about this, too. Do you really need to limit yourself to helping formal organizations? The answer, of course, is no. You may know a single mom who struggles this time of year or an elderly neighbor who doesn’t have much family around. Because you know them personally, they will appreciate you helping in any way you can, whether that’s inviting them over for the Holidays or loaning them the extra money they need for their kids’ gifts. Plus, giving to someone you know can be even more rewarding. (P.S. If you’re in the Lexington area, you can also nominate a family in need to get them free Christmas gifts! Go to the HOT 102 website for details.)

If you’re looking for a more unique gift, you can always donate a heifer, sheep, llama or water buffalo to those in underprivileged countries. Yes, I’m serious. My friends and I are actually pooling our money to buy an animal to help fight hunger and poverty overseas. Go to www.heifer.org to learn more!

All in all, anything you can do to help anyone in need this Holiday season – and beyond – is a blessing.

“Let us not be satisfied with just giving money. Money is not enough, money can be got, but they need your hearts to love them. So, spread your love everywhere you go.” -Mother Teresa

Girls in their 20s

While I admit I am confident with my blog’s content, there are a few other blogs/sites out there that I aspire to be more like. One I have already mentioned is Pinterest. When I created this blog, I hadn’t even heard of Pinterest, but for some reason, it was kind of the image I had in my head – a place to store and share fashion, design, art, etc. Essentially, a virtual pinboard … and they have done just that!

The other image I had was the one Jenna & Melissa, two twenty-something girls, created. Their blog, “Girls in their 20s“, is a lot like what I want mine to be – fun, inspirational, motivational, witty, and overall just downright applicable for women in their 20s. I even toyed with a similar title for my blog! While I try to make my blog a good mixture of fashion, celebrity, music, and inspiration, Jenna & Melissa’s blog does that, but also features a Career Corner (handy!) and a section entitled “Look Good, Feel Great” which, to me, enstills exactly the kind of confidence I hope to in my readers. Lastly, their tagline, “Old enough to know better, young enough not to care” is pure genius.

So, check them out, love them as much as I do…just remember to keep coming back here, too! 😀

Hello, A-Listers! Sorry it’s been a while since I’ve written… I was having too much fun this weekend in my homestead of Louisville! Hope you all had a wonderful weekend as well.

Pinterest is basically a collection of online vision boards fused with a social network. Your profile includes all your vision boards, and you can follow others and their boards as well. Your boards are a collection of pins pertaining to a certain topic. A pin is basically just an image. Every “pin” can be repinned onto your own boards. You find these on your home page, which is divided into categories. You can also pin original images. For example, I pinned the dream house image from my blog last week on my board called “Architecture”. Since then, several other people have repinned it onto their own boards. It’s basically the equivalent of retweeting. 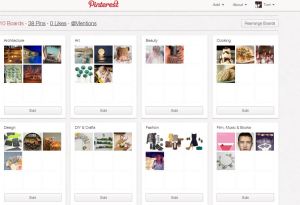 As with vision boards, Pinterest can be used to redecorate a room or plan a wedding. It’s very useful to plan out my fall wardrobe as well. And, if I’m being honest, Pinterest is the visual representation of my blog, which I absolutely love.

If you’re a guy, you’ll probably see Pinterest as a complete waste of time, but I still encourage everyone to at least check it out. It’s the coolest thing since Twitter!

I’ve been watching 9/11 specials for the last week or so now. With tears in my eyes, I write this post to remember those who lost their lives. As I posted on Facebook today, I was only 13 years old as I watched our great country in distress. I did understand what a “terrorist” was, I did understand that many innocent people died, and I did understand that a New York landmark had been destroyed. What I didn’t understand, though, was what would happen later: our country would seem so much more vulnerable, Americans would come together in a way we never had before, many memorials would be created, airline security would become so much tighter, and that, 10 years later, I would be remembering 9/11 as though I was actually there.

It is so important to remember those that lost their lives and their loved ones and to also think about the fact that while we think about 9/11 on 9/11, they think about it on birthdays, Christmases, Thanksgivings, and probably every single day. There is a void in their lives that cannot just be replaced. It’s also important to think about firefighters, police officers, and all those who sacrificed their own lives for others’. That is what America is about. However, I also think about the survivors, air traffic controllers, people who worked next to the Towers, etc. because today, for them, brings back terrible nightmares of a day ten years ago that probably feels like it just happened yesterday. I’m just a bystander, but I feel like those people are my family somehow, too. It’s a weird feeling.

It is my sincere hope that Americans come together not just to remember that awful September day, but to help others in need every day. Maybe this ten year mark will spark a sense of renewal in how we treated one another ten years ago.